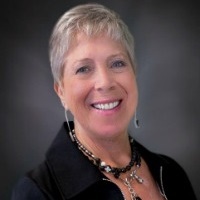 Responsibilities:
As our Chief Compliance Officer, Teri monitors the regulatory environment, ensuring our firm and its partners meet myriad reporting requirements from Washington. She is a member of the SFE Investment Committee and a shareholder in the firm. She also possesses a talent for IT and manages our “back office.”

About Teri:
Teri grew up in a quiet Connecticut town, called Bantam. Bantam is a borough of Litchfield and for history buffs, that’s where Harriet Beecher Stowe wrote “Uncle Tom’s Cabin”. It’s also the home of the country’s first law school. Her first job after two years of college was with Connecticut General Life Insurance in 1969, working in the Securities Accounting Division. After four years, she traded tranquil for trendy—and moved to California in 1972. She began her career in the brokerage industry as the assistant to the VP of Operations at Diversified Securities. In 1981 she joined SFE co-founder Earl Fisher. Outside of work, Teri is even more prolific. In her spare time, she enjoys singing with the Long Beach Chorale and Chamber Orchestra as well as being on the board and is an avid golfer.