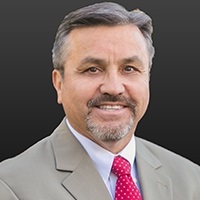 About Mark:
Mark is a second generation native of Santa Barbara. After finishing UCSB in 1982, Mark began his financial services career in banking as well as the insurance industry, early on with Prudential Insurance. In 1986 he began his advisory career with Dean Witter and has spent the last 34 years as a financial advisor. He’s been involved with his daughters’ school theater programs and has coached both his daughters’ various sports teams. He loves the Dodgers, Lakers, and Rams. Mark plays drums and has played with several local rock bands. He enjoys music, is a lifelong golfer, and enjoys travel with his wife and daughters.