Responsibilities:
Jim joined SFE in 2007 and has been a cornerstone of the SFE investment process ever since.  He is currently Co-Chief Investment Officer, co-chairs our investment committee and authors the firm’s quarterly commentary.  Along with Charlie Bohlen, Jim co-manages SFE’s investment strategies and reviews client accounts on a regular basis with each client manager.  Jim is an SFE shareholder.

About Jim:
Jim grew up in Southern California and earned both his degrees from UCLA.  As an undergraduate, Jim began work at Hughes Aircraft Company which, ironically, is where his passion for investment management began.  After earning his MBA in 1994, Jim’s investment career began at a small San Francisco investment counsel where he honed his craft for twelve years before joining SFE in 2007.  Jim has been managing investment portfolios for high-net-worth individuals, trusts and non-profit organizations for more than twenty-five years. 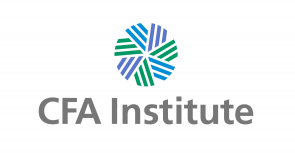